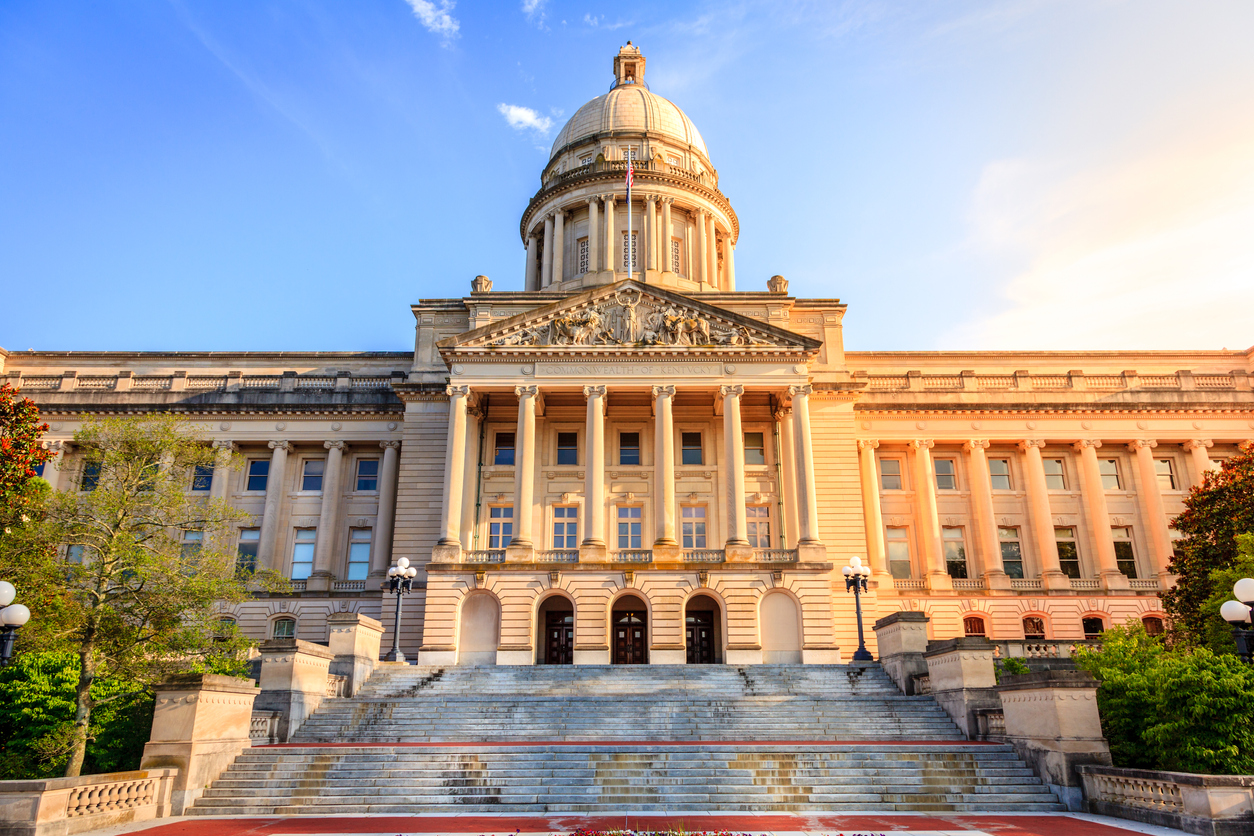 Episode 19:  In late April, Calloway County attorney Jeff Roberts presented an oral argument before the Kentucky Supreme Court.  It’s not his first time; he’s taken cases to the KY Supreme Court multiple times.  In this episode, he’ll give us an inside view into the experience.

Arguing before the KY Supreme Court is not what you typically see on TV.  Instead of 1 judge, there are 7 justices.  They can ask questions at any time and you have to be prepared for whatever they ask.  Surprisingly, each attorney is only given 15 minutes to present their side of the case.  This includes the initial presentation and a possible rebuttal to the other side’s argument.

How a Case Gets to the KY Supreme Court

The case Jeff argued involved an issue about the retroactivity provision of a new statute.  If the statute is found to be constitutional, it will negatively impact many KY workers’ compensation claims and the money the injured workers would then lose.  The decision will apply to all pending cases.

The law in Kentucky is generally applied based on the date of injury.  If this new statue is upheld, it will violate this law (in Jeff’s opinion) and make it more favorable to the employer (or the employee) after the injury has already occurred.

What Happens when a Case is Placed in Abeyance?

This can happen to a case for several reasons.  In Jeff’s situation, there are several pending cases which all have the same/similar issues.  The court can put those cases “on hold” until one of the group of cases is actual decided on.  That decision would impact how the other cases are ultimately treated.  Abeyance is a way to help make the judicial system more efficient.

Jeff uses this statement often.  He has built a strong reputation across the state and among his peers.  The Roberts Law Office is located in Murray, Kentucky.  However, Jeff handles many cases from outside of the local area.  Many are sent on referral from other attorneys.

What is a Legal Brief?

While the case Jeff argued before the KY Supreme Court only took 15 minutes, it’s not the first time the justices have learned about the facts of the case.  Attorneys write extensive arguments, called legal briefs, which explain the point in question and the supporting proof as to why the attorney feels the court should rule in a certain manner.  Both sides submit briefs.

The justices review the briefs, prior to hearing the case, and may decide to question the attorneys, based on what they submitted in the briefs.

The case Jeff argued may be decided in 3-4 months.

In an interesting coincidence, it was a year ago (to the day) that Jeff was sworn in and served as a Special Justice to the KY Supreme Court.