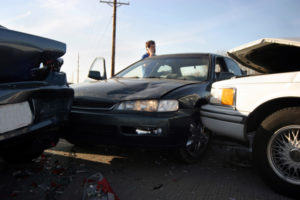 As a personal injury attorney in western Kentucky, I’ve handled hundreds of automobile accident cases.  The media tends to focus on wrecks, especially when they involve a tractor trailer accident.  It’s often related to driver error by the trucker who’s rushing to meet a delivery deadline, driving aggressively or who experiences a mechanical failure of some kind.  However, there’s another risk to drivers.

Once an automobile collision occurs, the other drivers have to react quickly to sudden stops and evasive lane changes.  If those actions result in another collision, who has the liability for secondary a crash?

A secondary crash is one occurring as a result of a primary wreck in the immediate area.  For instance, assume a car and truck collide at the 27-mile marker of eastbound I-24.  Let’s further assume that traffic is backed up to the 23-mile marker.  If this slowed or stopped traffic causes an inattentive driver to rear-end a car at the 23-mile marker, this would be considered a secondary crash.

You could try to make the argument that the reason the crash happened was because of the negligent driver in the primary wreck.  After all, the traffic wouldn’t have been stopped were it not for the accident.  On the surface, that seems like a pure cause-and-effect situation.  However, that’s not typically the way it goes.

The liability for secondary crashes typically will involve the drivers actually involved in that crash, not the drivers in the first crash.

Insurance adjusters, state troopers and attorneys will attempt to determine the negligence which actually resulted in the secondary crash.

Even though the collision occurred as a result of traffic impacted by the primary wreck, the liability for secondary crashes will often stand on its own.

If you’ve been injured in a car wreck in western Kentucky, you should seek immediate medical treatment.  Your next step should be to contact an experienced automobile accident attorney.  I’ve represented injury victims since 1992.  I know how to investigate the facts, gather the proper evidence and I know the law so I can effectively negotiate with the insurance company adjusters and their lawyers.  I do it every day.

Free Consultation for Your Car Wreck

I offer free, initial consultations to injured people.  More importantly, I’m the actual attorney who will handle your case.  It won’t be a young associate attorney in the firm.  You deserve legal representation by an experienced attorney.  Contact my office to discuss your situation.  Our phone number is (270) 753-0033.